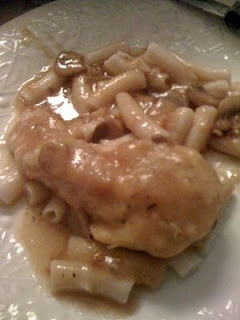 After almost 6 years on the Gluten Free Casein Free diet, I especially find it amusing hearing how hard the diet is and how someone could never do it. Sorry people it is not that hard. PITA UP!!!

When we started 6 years ago we ate bark, literally most thing tasted like bark!!!

Ok I should be forthcoming, the Primer household doesn’t all eat GFCF, but I am also not a short order cook. Had we only had Emily and Austin when we started the diet we would have all been, but we had a 12 and 10 year old who had a life before GFCF and before Autism. At that point in their lives we were so upside down we decided it was not fair to make them give up everything and trust me after meeting Autism we gave up everything, it might have been good for them to give this up too, but I would not ask it!!!

We did for an entire year though not have any commercial cereals and this was before EnviroKids had much more then Gorilla Munch. It was the one thing Ash and Nic used to leave down and one day I hit my limit and said, in the mom voice, “If you leave that down one more time, we will never have it again” and then for a year we did not. But trust me when their favorite bread was the next thing they left for Austin to eat got the threat, they did NOT leave it out. The learned they adapted!!

So for the record we all eat the same dinner and I make Austin his own “TV dinners” to take to school every day from the leftovers. I freeze them in wax paper and Ziploc baggies and they serve at school.

The diet is like any life change, i.e. exercise, moving, changing jobs, whatever, it is a mind set, once you realize that is just the way it is you get through it. Today’s GFCF people have it easy. I envy you all since we are now GFCFEFSFAF, for those newbie’s, those letters mean Gluten Free (no Wheat, rye, oats or barley), Casein Free (no milk), Egg free, Soy free and Apple free. For most things now days you can find tasty foods that are free of a lot, but generally they are either GFCFEF or GFCFSF, but you can’t be both. All you companies out there thinking what does the public want next, we want GFCFEFSF ;-)

OK so I have days where I have simply run out of ideas for what is for dinner. I figured others might also. So I thought I would share my new favorite GFCF recipe and that in a future blog I will share some of my other new favorite GFCF things.

Today I managed to make Emeril's Chicken Marsala. I subbed rice & potato flour for the wheat flour and ghee for the butter. It turned out fabulously and I am highly recommending the recipe!

Let’s put into perspective how well this was loved. The child who 6.5 years ago would eat no meat, veggies, fruits and definitely not a sauce with mushrooms in it, he ate it, and as I type is licking the plate, and before this when he was done eating his food he had seconds, and then moved on to his dad’s food!!!

Oh and for those of you who say my kid is toooooooo picky for GFCFSF this is the same child that 6.5 years ago found a small piece of hot dog my sister tried to trick him into eating and he figured out how to get it out of the piece of Mac & cheese, without loosing his gluten filled opiate food and only spit out the hot dog!!! The more restrictive we have gone with the diet the better my child eats!!!

OK I will continue this subject in the future because I have some other fun and great new products to promote!!!

Until then PITA up and make the world a better place for our 1 in 91 kids with Autism.
Posted by PITAUP at 9:45 PM