The events that change us in a Heartbeat... but last life a time... 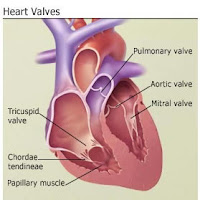 Jennifer, a fellow PITA, recently contacted me about starting the bodybugg.com system. She was exactly what we both needed. After 100 weeks on the program I have become complacent. I have slacked off. I have gone back to emotional eating. No I have not gained back the 50 pounds I lost, but I have pushed myself to gaining 5 pounds. A small part was me going back to work and not having as much time to work out, but most of it was the change in a friendship, a friendship that started right after a huge life change I talk about later in this blog and the friendship began with exercising together. I am not sure if the friendship change was due to me working, or to something I did to offend her, or was due life changes she is going through, or just one of those things that just happens and eventually you just have to learn to except it and you move on. Either way it and the lack of motivation on my part to exercise regularly and stick to the bodybugg.com plan has left a huge void in my life.

Jen wanting to get into the bodybugg.com system to lose weight and be heart healthy, and this has reminded me of the reality of things. I chose this journey of heart health and weight loss was for my children. This is the entire reason I am on this part of my life journey and ultimately reminds I am still only responsible for me and the Primer Children who are not old enough to be responsible for themselves.

That does not mean I should ignore the children who are responsible for themselves, it just means I have a different responsibility to them today.

Today for my older children it is my responsibility to counsel them to make good choices, for my smaller children it is to make the best choices for them. Sorry IDEA in this world I don’t have the option to pick “appropriate”, I am going for broke and for “BEST”.

For those of you not familiar with my story beyond being a parent, a parent of four children, one of which happens to be a child with Autism, I am also a wife of a heart patient. 2 years ago on November 8, 2008, my life changed. I like to think it happened for a reason.

November 6th and 7th, 2008 Ed Primer had the flu. No one told us that the blood pressure medication he was on was a diuretic, and that you SHOULD NEVER TAKE IT WHILE ILL, and ESPECIALLY WHILE HAVING THE FLU!!! Long story short, Ed having the flu and taking his medication while being ill, knocked out his liver and kidneys. While most people including you cringe at this part of the story, I am here to tell you I am blessed and it really was a blessing in disguise. Little did we know at that moment in time your heart has three major valves that provide your heart the majority of the blood to your body. One of those valves provides more blood then the other two valves, should that valve be blocked to far, you are dead immediately!!!

Ed’s, at 39 years old, happened to be blocked at 90%! Part of this was his bad life choices; part was because he had radiation for Hodgkin’s disease at 18 from his chin to mid sternum. The fact that he had the flu, and ended up in the ER with kidney & liver failure, put a huge MIRACLE into OUR lives. Once they regulated his kidneys and liver, his heart would not comply. It made the doctors’ look and investigate further. It made them realize there was a bigger issue. BOTTOM LINE IT SAVED HIS LIFE!!! Without the flu and November 8, 2008, I might be telling a different story.

I might be telling the story of a family with Autism, whose father passed away without Life Insurance.

Fortunately, I am NOT, NOT, NOT telling that story.

I am telling the story of hope and change. I would love to be telling you all the story of Ed’s great change, but that is:

a) Not my story to tell

b) So far not happened.

Yes and NO, he actually takes the supplements I tell him, but he has not lost any weight in 2 years. He has cut down on drinking, he has completely quit smoking (WHICH IS HUGE), and eats more salads, and eats 100% more veggies. Bottom line though he has not lost one pound, for that matter he may have gained some.
To this day, this scares the hell out of me. It reminds me that I am the one who is still responsible for a 10 year old, who is insecure and has puberty to endure, she doesn’t get the luxury her 21 year sister had with puberty, because we are no longer home owners, we are no longer not the parent of a child with Autism, we are no longer in control of our future.

Today, we are renters; we are the parents of a child with Autism. We are dependent on living where we live if and only if the neighbors are happy and content with us as neighbors and do not complain to the landlord. I am also responsible for her 9 year old brother who has Autism, who did not have the luxury of his 18 year old brother, who only had 11 vaccines on an alternate schedule because his mom worked for a Chiropractor who frowned on vaccines and she was afraid to tell him she was giving them to him.

I am 145 pounds, and I have slipped back into my bad ways. I have gained between 5 and 10 pounds, and I need to make myself get back to my personal weight mission, my personal health mission and ideal weight of 125. I have no one but me to blame or make excuses for me. Life changes, friendships change, I need to get over it.
My ultimate responsibility are to 4 people other them me, the people I gave birth too. Their names are Ashley, Nick, Emily and Austin. I owe 3 of them the most, and while they may feel that I fight for him the most, I hope when they become parents themselves they understand that I did the best I could with the options I had, and that ultimately I have tried to make sure they are not responsible for Austin. My goal for him is the same as my goal for them. I want Austin to be a productive part of society, not dependent on his parents, his siblings or the government. Ultimately I want them to not have to responsible for Austin. Unfortunately for him to reach that goal, it already has taken most of my time and resources. They may at times feel neglected, and they are RIGHT!! I am not a perfect parent, but bottom line I hope I do them justice and that they at the end of my life they are not responsible for Austin and they feel I did my job as a parent to the best of my abilities and I did not completely screw them up.
I HOPE THEY FORGIVE ME.

I guess my thought on how I had envisioned the direction this blog to go has changed , but it was a good productive direction to go with. I am not thankful that Jenn has been ill, but I am thankful that her health crisis and need to change her own health has brought me full circle on why I needed to change 2 years and why I need to continue on the path I set for myself then. Hopefully I can encourage Jen (and anyone else wanting to join the PITA heart health team) to better healthier choices and to sticking with them.

Until then PITA and change the life of a child with Autism, the life you change might be your own.

I pulled this blog up to quickly tell my story to someone who commented on my exercising and decided I should update it with the changes that have happened since I first posted it.

Ed has started exercising since Feb. 2012 and has lost an amazing 30 pounds. He is also walking an average of 4 miles a day.

I continue to walk daily and have been doing a strength and core video series to tone up, which I hope to blog about soon.